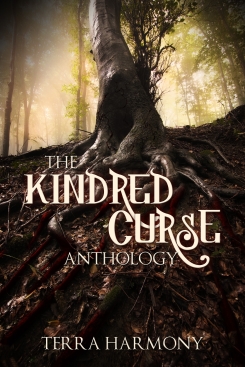 The Kindred Curse Anthology is set to the very low price of….FREE March 28th and 29th on Amazon.  Click here to pick up your ebook copy.

A disease passed to each new generation of descendants attracts vampires. Pieces of family history and the secrets to survival are lost as the lineage progresses. The Kindred Curse Anthology of prequels lead you back in time, revealing the root of a dynasty’s plight and a beginning that ultimately transcends the family’s end.

Consisting of five short stories, each subsequent book in this anthology is written as a prequel to the prior. The matriarch of the family, Anna Sprengel, survives a vampire poisoning. Her tainted blood is passed down to each new generation, morphing into deadly auto-immune diseases. However, no descendant can escape the magnetic pull they have toward vampires – and vampires have toward the family. Loosely based on the true story of the foundations of the Order of the Golden Dawn, Anna foresees the destruction of the world, and joins forces with a vampire in order to prevent the total loss of both races. But every member of the family in each generation must play their part. Constantly on the run from vampires, their instincts for self-preservation overcome even their kindred bonds. Anna is no longer around to ensure the prophecy is carried out by her family, but her vampire cohort, Xavier, is. Even if he can overcome the sensual pull toward Isabelle, fulfillment of the prophecy remains precarious as the future of both races is at stake.