A time travel anthology including a short story from yours truly!  Bloggers – sign up for the tour now. Forbidden Future is now available for $3.99 on Amazon.

What becomes of mankind in the future? Is life better or worse?

Forbidden Future by James Wymore
When a time machine technician working the graveyard shift gets divorce papers from his wife, he decides it’s time to take the machine for a ride—no matter the consequences.

Jump by Jon Bradbury
Jesse Kendall thinks he’s seen it all. He’s about to see more.

Road Trip by Matt Mitrovich
Four friends drive to a college party and take an unexpected detour into the future.

Cacotopia by James Lauren
Kayne Adamson went into suspension to await a cure, but never imagined how long his sleep would last or the world he would awaken into. Is it really the utopia it first appears to be?

Society by Terra Harmony
Take a ride on the Energy of the Future where society gets a fresh, clean start—no matter who they have to leave behind.

The Mountains Haven’t by Kade Anderson
Something is very wrong in the downtrodden town of Dignity and only the town’s Watcher, Julia, can see what it is.

Between Utopias by Michael Trimmer
After being saved from a fatal heart attack by being transported to the future, David must choose from two opposite utopias.

Celebrate Who You Are – Guest Post by A.F. Stewart 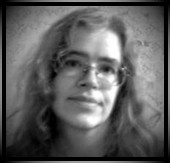 A.F. Stewart is a fantasy author and blogger.  From Nova Scotia, Canada, she has  several published books including Chronicles of the Undead, a horror novella, as well as short fiction collections, Killers and Demons, Once Upon a Dark and Eerie…, Passing Fancies and Inside Realms.  Her interests include history, painting, and sword replicas.  Stewart writes about loving the fantasy and sci-fi genres:

I’m a fantasy/sci-fi geek and have been for most of my life.  I can quote the original Star Wars, my favourite show is Supernatural, I think Batman is the best superhero, I’ve been a admirer of Neil Gaiman since he wrote the Sandman series and my bookshelves are lined with pages of fictional fantasy worlds.  To me, fantasy and its sibling genres of sci-fi and horror are about ideas that could be, questions hiding beyond your sight and wondrous possibilities.

I’ve always loved reading fantasy in any form, so when I decided to pursue writing seriously those tales came naturally to my pen.  I suppose somewhere in the back of my head I wanted to be a part of that community because those were the stories that showed me what magic exists in the written word.  Any honour roll listing the authors that inspired me would include such extraordinary writers as Guy Gavriel Kay, Neil Gaiman, Frank Miller, Harlan Ellison, and Ray Bradbury.  Their words showed me the way to a whole new and remarkable universe.

Therefore, once I started blogging it’s no wonder I plastered both my blogs with genre specific book reviews, author interviews and general geeky commentary.  I learned early how to chatter on regarding the intricacies and luminary brilliance of the fantasy/sci-fi genres and I put that talent to good use for my posts.  What began as a hesitant experiment in my own book promotion expanded into a minor showcase center for indie speculative fiction and a second side blog for me to occasionally rant about my preferred TV shows and movies.

And I think that is the best part of having these platforms to spotlight my passions.  I love finding a gem of a fantasy book (like my recent read of On Dark Shores by JA Clement) or expounding giddy about my fave show, Supernatural.  Sometimes it’s almost a compulsion, such as what happened after watching the Neil Gaiman penned (I bet you can tell by now I’m a big fan of Neil Gaiman) episode of Dr. Who.   I enjoyed that particular episode so much I immediately had to write a review; it took me about twenty minutes to finish.  Sometimes you have to go with the flow.

I guess the moral to this tale (if there is a moral and I haven’t just been rambling again) is to celebrate who you are and, oh, that Geeks Rule!